Elsewhere on this site, I wrote that the seeds and blueprints in my pieces cannot be seen. But this not quite accurate. This encoding is done through various means which I try to make visible in order for you to be able to connect deeper with the parts of you calling for change or awakening. Those means are: 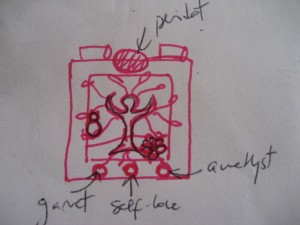 So Many Different Paths?

When people look at my work at art shows, I hear all sorts of comments.

They ask me if I am:

I was puzzled by that for a time until I realized that what they recognize in my work is indeed a reflection of a range of paths and usually the ones they themselves are most resonating with at the time or have explored or been touched by at some point! Which is just fine, and is meant to start exactly that way.

However, the real truth is that my work is all of those combined and none of those. I use symbolic language that anyone can understand, depending on their beliefs system, BUT my work actually goes beyond the symbols themselves to touch a deeper truth:

I use symbolism from all walks of life and all beliefs and I do this with the purpose of acknowledging all beliefs systems while and the same time NOT staying attached to any particular one, but rather open all systems up to new possibilities. . .Everyone can easily see that there isn’t a single spiritual path which has showed its value well enough that the entire world could ever rally under its flag or even have many different flags but without fighting. Christians and Muslims have not only fought against each other, which is already not coherent as both original leaders  taught non-violence but different factions of Islam have fought even harder and factions of Christianity have not fared better (one just has to think of Protestants and Catholics in Ireland). Today, we see that even Buddhists can be violent: In Myanmar, also known as Burma, 600.000 Muslims have had to flea persecution, rapes, killings and burning of their villages at the hands of  the burmese buddhist army and escape into Bangladesh.

Somehow, I think that more people need to ask themselves crucial questions about this constant fighting  between religions? 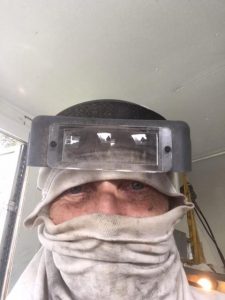 Being a jeweler is, at buffing time, looking muslim!

So my work is very universal in nature and is also multi-layered. One piece, one sentence can be understood in quite different ways depending on where the person is in their understanding of life. I know the quality of truth and understanding I put in my pieces – and it is ever-deepening- but, as I said before, a piece will talk to you at whatever level you are at and actually synchronize with your present belief system and your particular “stage” of personal growth (that is the reason you instinctively connect with one in the first place!) . But do know that my pieces are not static. They will gently pull you to go further into your search for a deeper truth. It will be up to you to work with them and go along what they offer you. 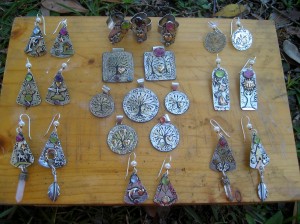 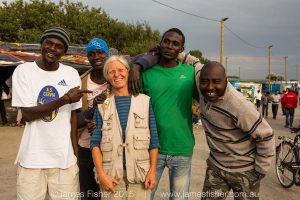